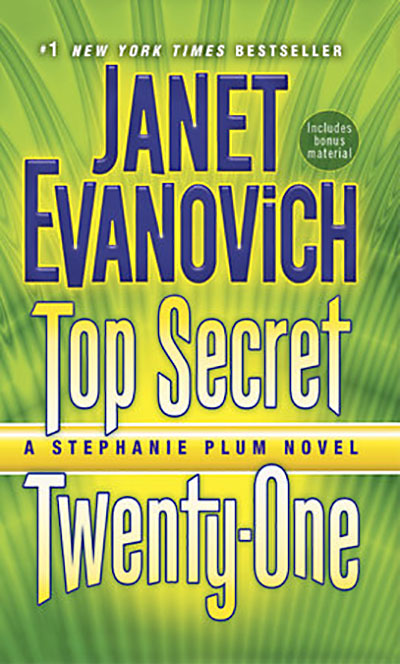 Stephanie Plum has just one job lined up – tracking down Jimmy Poletti, car-dealer and all-round scumbag.  Problem is he’s on the run, and silencing his former colleagues one bullet at a time.  Plum is going to need bait to bring him in.  Bait like Poletti’s ex-bookkeeper, Randy Briggs: a three-foot-tall magnet for bored housewives and rocket-propelled grenades.

To make things worse, there’s a one-eyed Russian assassin who’s out to get revenge on Ranger, Stephanie’s part-time temptation and full-time protector. Who is the one-eyed Russian and what’s his connection to the former special forces operative?  Afraid that’s top secret.