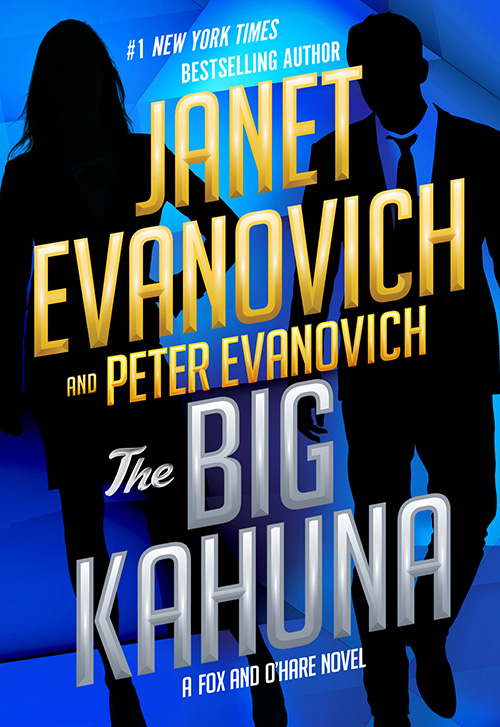 Straight arrow FBI agent Kate O’Hare and charming conman Nicolas Fox are on the hunt for a kidnapped billionaire in the latest installment of the series reviewers call a “wild ride.”* It should be a breeze after taking down drug cartels and thwarting terrorists. But to succeed they’ll have to face their greatest challenge…putting up with each other.

The missing man is a Silicon Valley bigshot known to all as the Big Kahuna. Nick and Kate’s only lead takes them to Hawaii where the missing man’s free spirit, drop-out son spends his days looking for the perfect wave and his nights puffing weed.

To get close to the Kahuna’s son, Kate and Nick go undercover as a married couple in the big wavesurfer community on Maui’s North Shore.  Living a laid back, hippy-dippy lifestyle isn’t exactly in Kate’s wheelhouse, but the only thing more horrifying is shacking up with Nick Fox — even if he does look pretty gnarly on a longboard.  If they don’t catch a break soon, waves aren’t the only thing she’s going to be shredding (or bedding).