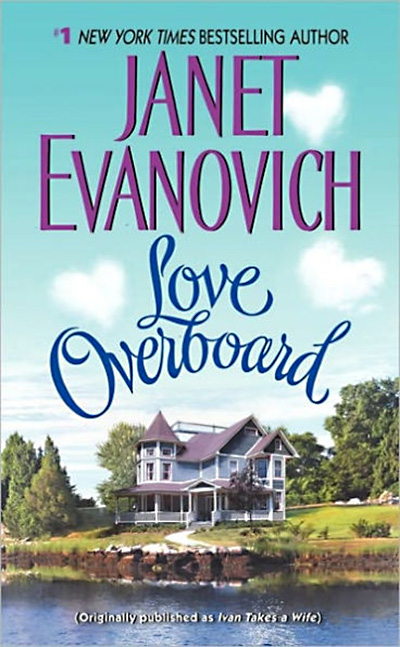 Sinfully handsome schooner captain Ivan Rasmussen deserved to be called Ivan the Terrible, Stephanie Lowe decided. First he’d sold her a haunted house, and now he was laughing at her Calamity Jane cooking! She’d only agreed to work one voyage of his Maine coastal cruise in exchange for the house repairs promised by her cousin, who’d run off to marry a plumber. When the brazen Ivan, descendant of a pirate, swept her into his arms during a moonlight rendezvous, Stephanie knew how it felt to be a pirate’s treasure! Ivan teased her, flirted with her, and made her feel cherished as no one ever had, but when would her sexy scoundrel deliver the ravishing he promised? Ivan had expected a shipboard romance, a fling on the ocean that ended at the dock, but every time he kissed Stephanie, he thought of marriage, hearth and home. Could he seduce his ladylove with the sweet mysteries of passion and put her private ghosts to rest?

** Above copy taken from the original printing of Love Overboard (original title — Ivan Takes a Wife), 1989 *